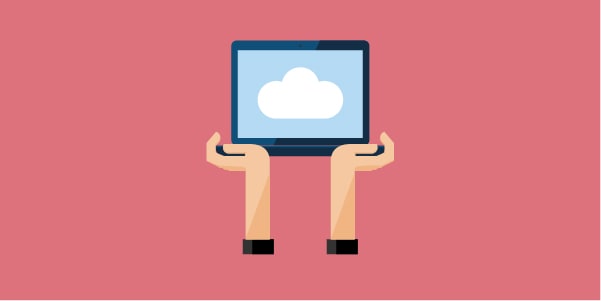 Perhaps the feature of the Hyper-V that has received the most attention is the VM (virtual machine) shielding of the Linux VMs.

While it might be something that’s nice to have, we believe that from Microsoft’s perspective, it might be necessary to deliver such feature in this upcoming release.

In the past, Microsoft had achieved a near-monopoly in the industry of enterprise servers. Nowadays, however, the Linux servers occupy a good percentage of the Virtual Machines operating in many datacenters all over the world. From a business perspective, Microsoft won’t neglect these Linux VMs. If the Hyper-V is going to be successful in the long-term, then it needs to support the Linux VMs just as much as it supports the Windows VMs.

The ReFS file system is another thing that caught our attention during the Windows Server 2019’s presentation. We noticed that Microsoft has made some improvements to it.

The ReFS was first released with Windows Server 2012 as a way to replace the NTFS file system that’s already old. The main goal of Microsoft with the creation of the ReFS is to come up with a file system that can meet the demands of the datacenters of today while providing a high level of resiliency at the same time.

As a matter of fact, the term “ReFS” was derived from Resilient File System. Thus, it’s designed to automatically detect data corruption and conduct an automatic correction while the affected data continues to stay online.

Well, there are probably a few people who make use of the ReFS. However, we haven’t seen anyone operating the ReFS within a production environment.

To us, the ReFS file system seems like a work in progress. We were expecting that Microsoft would have a great idea in mind when it decided to create ReFS. However, it looks like the group of engineers who designed it ran out of time and ended up delivering an unfinished product instead.

We are happy to say that Microsoft is finally reviewing the ReFS for the Windows Server 2019 and has added a data deduplication feature. Still, the file system doesn’t support compression or encryption. But this is not a big deal. Adding the data de-duplication feature will finally help make the ReFS a great choice for use in volumes that contain Hyper-V virtual machines.

Major work has been done on the failover clustering for the Windows Server 2019 release. One of its new capabilities is being able to easily transfer an entire failover cluster from one domain to the other. Perhaps, what’s even more important is the fact that Microsoft has made it possible to come up with groups of clusters. With this, users will be able to live-migrate the Hyper-V virtual machines in between clusters.

We have two reasons why we find these new features useful from the perspective of the Hyper-V. First, we believe that they will lay the groundwork for being able to effortlessly live-migrate the virtual machines in between Azure and our datacenters. Second, by having the ability to come up with cluster groups that could potentially become a catalyst for a major architectural change in the way that virtual machine resources are arranged. But we’re merely speculating here. As far as we know, Microsoft hasn’t really talked about this. However, we could end up with clusters designed to support specific roles in VM.

For instance, we could create clusters that can be used solely for hosting the web frontend servers or the mail servers, as well as some other role. In the same way, we could come up with workload-specific clusters with all the virtual machines making up a specific workload belonging to a dedicated cluster.

Since it’s now possible to live-migrate the virtual machines between clusters, we’ll now have the ability to architecturally structure the failover-clustering infrastructure in a way that will make the most sense for the needs of the organizations.

Upon releasing the Windows Server 2019, Microsoft has rolled up three years’ worth of updates for its HCI platform, or the Hyper-Converged Infrastructure. This is because the gradual schedule of upgrade that Microsoft is now using includes what they call the Semi-Annual Channel releases. This means that the incremental upgrade is done as soon as they are available. Then, after every couple of years, it will make a major release known as the LTSC version or the Long-Term Servicing Channel. This includes upgrades from the earlier semi-annual channel releases.

The LTSC Windows Server 2019 is expected to be released this fall, and it’s now available to users that are part of Microsoft’s Insider program.

Although the main components of the HCI that includes computing, storing, and networking, have all been improved in the semi-annual channel releases, for those organizations that are building data centers and high-scale software-defined platforms, Windows Server 2019 will definitely be an important release for a software-defined data center.

With this latest version, HCI is bundled within the server license. This means that a server backbone will be running the Hyper-V to allow for a dynamic decrease or increase of the workload without the need for downtime.

With the launch of the Windows Server 2019, Microsoft plans to release the Project Honolulu server management tool formally. This is basically a central console allowing IT professionals to be able to easily manage both GUI and GUI-less Windows 2012R2, 2016, and 2019 servers within their environments.

Early adopters of the tool love the simplicity that comes with using Project Honolulu. It rolls up some of the most common tasks like Performance Monitoring, Server Configuration, and Setting Tasks which run within the server systems. The tool has made it easier for administrators to be able to manage a combination of servers within their environment.

Microsoft has continuously included a built-in security feature to help companies have an “expect breach” model when managing security. Instead of assuming that the firewalls will be able to prevent any security compromises, the Windows Server 2019 assumes that the servers and applications within the data center have already been compromised.

Organizations have been swiftly reducing the footprint and the overhead of their IT operations. They have replaced bloated servers with containers that are thinner and more efficient. Members of the Windows Insiders were able to benefit by achieving a higher density of computing to improve the overall application operations without the added expansion of hardware capacity or the added expense in hardware server systems.

The Windows Server 2019 comes with a smaller and leaner Server Core image that’s capable of cutting virtual machine overhead by 50-80 percent. If the organization is able to get more functionality within a significantly smaller image, they will be able to lower their costs and improve the efficiency of their IT investments.

About a decade ago, one could rarely say that Linux and Microsoft were similar regarding complimentary platform services, but this has changed now. The Windows Server 2016 had open support for Linux as virtual machines, and the recent release of the Windows Server 2019 has made a huge headway by adding an entire subsystem that’s been optimized for the Linux Systems to operate on the Windows Server.

This is definitely a major change and helps organizations plan for the adoption of the Windows Server 2019 sooner than they usually do for a major release.

What Will Windows Server 2019 Offer for Data Centers

Since Windows Server 2008 won’t have extended support anymore after January 2020, now it’s the perfect time to start planning your upgrades. The Windows Server 2019 is expected to be available around the second half of this year along with the System Center 2019. Furthermore, Microsoft has just started talking about the new features that it’s planning to bring.

A few of the features have already been in the “Semi-Annual Channel” version. These include Windows Subsystem for Linux which allows you to run similar Linux scripts and utilities using a Windows server and with much smaller images of the Server Core. It also comes with improved support for the orchestration of the Kubernetes support, as well as the Hyper-V isolation for the Linux containers. Other features are mere logical progressions from the features of Server 2016 like the support for Shielded Virtual Machines with limited admin access for the Linux VMs.

HCI will conduct continuous enhancements that include increasing its resiliency towards hardware failure, health monitoring, the ability to diagnose, performance, persistent memory support, management, and more.

The cluster sets have grouped together several failover clusters, whether they are for computing, storage, or hyper-converged clusters. With the cluster sets, resources like the Virtual Machines will not be part of an individual cluster, but they will belong to a cluster of clusters. This means that you’ll be able to scale up to a much bigger number of nodes and still get the benefits of having a single cluster without the fragility that comes with a single, giant cluster. This has made the fabric to be more scalable and reliable.

Having the ability to encrypt network segments to protect the network layer in between servers can also appeal to those that operate larger data centers. According to Microsoft, the SDN encryption will give organizations the ability to encrypt subnet traffic, and this is extremely useful in a multi-tenant environment that has multiple virtual networks.

While the cluster sets will appeal to the biggest enterprise data centers, the remote server management application of Windows Server 2019 or the Project Honolulu can carry out the benefits of the HCI into smaller setups.

As stated by Siddhartha Roy, who was part of the Windows Server Team, “We’re very cognizant that even for the smallest footprints, for a 2 to 4 node segment, we would need a separate DIY software-defined data center.” He further added that there’s a need for a more self-managed solution that’s aimed at someone who will be more of an IT generalist.

For more information on Windows Server, speak to our Microsoft Licensing experts at Royal Discount. Call 1-877-292-7712 or contact us here.