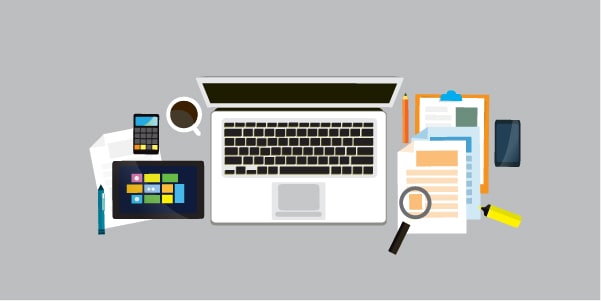 There’s a brand-new version of the Microsoft Office on the way. Some customers who are eligible have access to a preview version right now. But what exactly is new in this version and why you should go for this version over the older version? Comparing the Office 365 with Office 2019, which done so you think will be the right one for you?

As announced on the official Microsoft blog a few days ago, Microsoft Office 2019 comes with a new range of features as well as improvements of the old components such as Excel, PowerPoint, and Word. According to Microsoft, the updates will come with several new and improved features, such as tilt effects, roaming pencil case, and pressure sensitivity. In Excel, there will be more data analysis features including new charts, new formulas, and the ability to integrate Power BI. There will also be sophisticated features for presentation in PowerPoint.

To qualify for the preview, you must be a business customer of Microsoft. This means that you should already be using Office 2016. The preview is not available for the general public yet.

Another requirement is for you to be running Windows 10. Therefore, if you’re still using Windows 7 or an older version, then you’ll not be eligible for the preview. Besides, Windows 7 will be outdated soon so you should now consider getting an upgrade.

When Will Microsoft Office 2019 Be Released?

Microsoft is yet to release an official statement regarding the release date of Microsoft Office 2019. However, they have already talked about the possibility of releasing it during the second half of 2018. As for the Office 2016, it was released around the end of September. Therefore, it’s safe to think that the Office 2019 might be released about the same time. However, there’s really no way of knowing for sure when we will be able to get our hands on this latest update of the Microsoft Office.

Customers who have a commercial license may also be eligible for a preview of the Office 2019 before it will be officially launched, thanks to the Commercial Preview program that Microsoft is offering. To qualify for the preview, your business should be registered with the Microsoft Collaborate program.

Of course, Microsoft also comes with a major office suite on top of the Office 2016. Their cloud-based Office 365 comes with a subscription service allowing business to have ongoing access to the latest version of their software, plus the advantage of cloud computing, including remote access and easy synchronization.

The Microsoft Office 2019 is a one-time purchase only, similar to its predecessor, the Office 2016. Businesses will purchase the license, and in return, they will have unlimited access to it. As expected, the upfront cost will be higher.

This might be ideal for some businesses, most especially for those that cloud computing is not desirable or viable. However, when it comes to Office 365 vs. Office 2019, it’s the 365 that will always be on the lead regarding features. As a matter of fact, each and every new feature of the Office 2019 has already been made available in the Microsoft Office 365 Pro Plus.

So it’s clear to see where Microsoft’s focus is. As the company pointed out, Microsoft Office 2019 will come with an easy way to upgrade to the Pro Plus version of the 365. Furthermore, the Microsoft Office 365 Pro Plus promises to deliver continuous cloud-powered innovation that could lead to an increase in productivity, improved security, and having the lowest cost of ownership.

The Microsoft Office 2019 will receive regular security updates. New features are also expected to be added in the future, although if you want to own the most modern office suite in the market that comes with the security and convenience of the cloud, the Office 365 would be the best choice.

Microsoft Office comes with the standard software that’s being used mostly in the corporate environments. Although Microsoft used to sell Office as a one-time purchase, it’s now pushing for the 365 Option.

With the Microsoft Office 2019 on the horizon, Microsoft has imposed lots of new restrictions and has made some changes leaving everyone confused.

So let’s break down the licensing schemes of Microsoft Office in such a way that it will be easy for everyone to understand.

Before we discuss the changes that will take place in Office 2019, it may be best to clarify the two available plans when buying Microsoft Office.

It’s always possible to purchase the latest version of Microsoft Office as a one-time purchase. This will give you the right to use the software as often as you want to, although this doesn’t come with any major updates. Therefore, if you have purchased the Office 2016, which is the current version, you may have to pay once more if you want to upgrade to Microsoft Office 2019.

As soon as you sign up for the Microsoft Office 365, you’ll continuously receive updates for as long as you remain a subscriber. Depending upon the plan that you will go for, your purchase may also come with cloud storage from OneDrive, making it easier to share and sync files.

It’s hard to speculate about what to expect from the new Microsoft Office 2019.

However, Microsoft has always teased the interests of its users by offering several new interesting features.

Why is Microsoft Releasing Office 2019 After Changing Its Strategy for Office 365 in a Cloud?

A lot of the cloud-powered innovation can be found in Office 365. However, Microsoft is aware that some users are not capable of moving to the cloud in the new feature. Yet, they want to be able to support all their customers in their transition to cloud and at a pace that will be easy for them to keep up.

Microsoft is expected to reduce the Office 2019’s support lifecycle.

According to Microsoft, since the older software is a bit harder to secure, it’s understandably less productive. As the changes speed up, it’s even more necessary to transition their software into a more modern beat. With the 5+2 years of support, the Office 2019 could lower such exposure.

It’s clear to see that Microsoft simply wants to streamline its support to lower the number of old software that it’s supporting.

The services of Office 365 include Exchange Online, OneDrive, as well as Skype for Business. This is pretty significant since only the latest version can connect to the wide variety of online services of Microsoft. Without the OneDrive integration, you won’t be able to sync your Office 2016 files with your colleagues easily. This could also mean that the Office 2016 will not be able to connect with the emails of your company.

As soon as Office 2016 loses the support by 2020, the only option is to upgrade to 2019 or perhaps switch to the Office 365. The older versions of the Microsoft Office can still work offline allowing you to create documents as well as edit the existing ones. However, the lack of online features will drive others to upgrade as soon as possible.

Microsoft released another announcement regarding the Office 2019 that it will only work on Windows 10. Although Windows 7 has extended support that goes until early 2020, while Windows 8.1 is until the year 2023, Microsoft will not be able to support the latest version of Microsoft Office on them. Nevertheless, Office 365 would go on to function in the same way as the older operating systems.

The reduced lifecycle of the Microsoft Office 2019 goes well with the company’s efforts to support older products. This way, Microsoft wants to decrease the number of legacy products that are in use.

To sum it all, here are some of the most significant changes in the Office 365 and Office 2019:

It seems that the Office 2019 will be the last one-off purchase that Microsoft will be offering for Office and it’s clear to see that they are pushing their customers to Office 365 right after the Office 2019 support ends. But we’ll have to see that once the time comes.